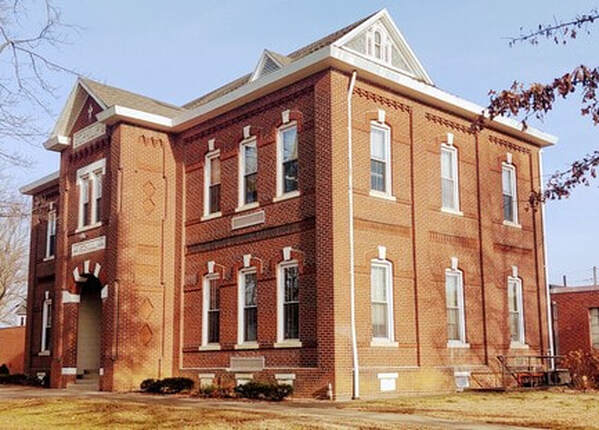 St. Philip School's history began in 1851 with a one room log cabin.  In 1870 a brick school was built and 85 students were enrolled.  By 1892, the enrollment had increased to 102 students and St. Philip received three Benedictine nuns.  In 1904 the old structure of the present school was built.  It originally had two classrooms downstairs; the upstairs was an auditorium.  In 1949, as school enrollment climbed, the upstairs auditorium was converted into two classrooms.  In 1956 an addition was added at the rear of the school, which included modern heating and restroom facilities.

With new families moving into the parish, our school once again became crowded.  In 1959, a fifth classroom was added.  This was done by dividing the classroom on the downstairs south side.  Increased enrollment necessitated the hiring of the first lay teacher since 1892.

It was only a matter of time and the fifth classroom was filled. This presented the same problem:  need of more room.  A new addition was built and classes began in the new structure in January 1962.  Included in the new building were classrooms, a cafeteria, a future library, office space, and additional restrooms.  Another remodeling was completed in the fall of 1976.  The basement under the old school was converted into a space usable for C.Y.O. meetings, other classes, testing, meetings, etc.

The enrollment for the 2021-22 school year is 201 students in preschool through 8th grade.  Our teaching staff includes 12 full-time teachers, 1 part-time social worker, 3 part-time aids, and 4 part-time preschool/pre-K teachers.  We have 9 homerooms.  Grades K-4 are self-contained classrooms in which the regular classroom teacher teaches all subjects to the class.  Grades 5-8 are departmentalized, meaning students are taught by different teachers who are qualified in specific fields such as religion, language arts, science, social studies, math, physical education, art, music, health, and technology.